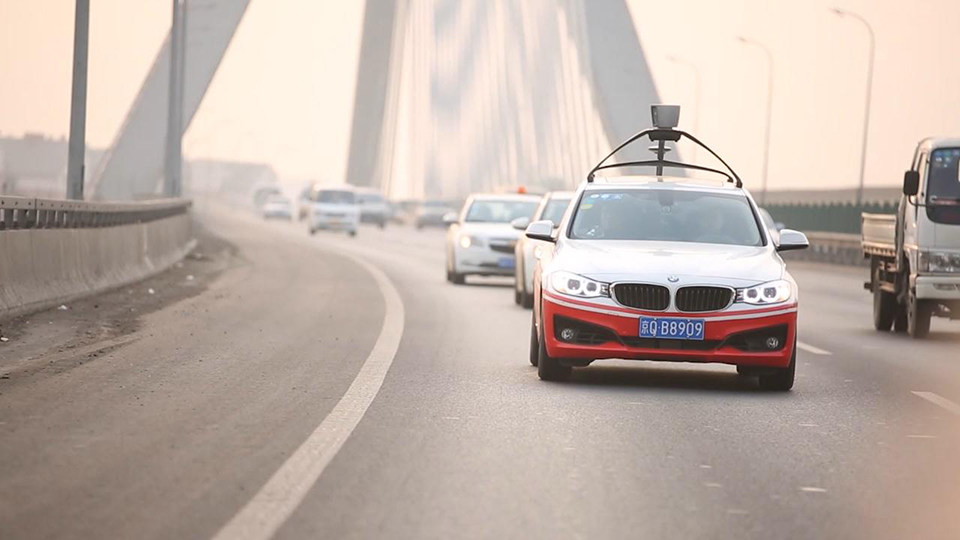 Last year was full of great technological advances, especially in the realm of self-driven cars. The ingenious engineers have taken leaps and bounds in solving public road challenges.

With successful pilot treks, silicon-chip lidars, and billion-dollar investments, autonomous driving has pushed its way into the center stage of public consciousness. Several prominent test runs have paved the way with the promising potential to reshape human mobility.

This year may be the time in history when people realized that they didn’t have to drive anymore.

HISTORY-MAKING TEST RUNS THROUGHOUT THE YEAR

Over the summer Uber showcased their autonomous pilot project in Pittsburgh with general riders. Throughout the steel city, 14 Ford Fusions with radars and cameras drove around picking up unsuspecting passengers, logging public testing hours. Engineers sat in the passenger seat noting operation and rider reactions as well as generating data of the numerous unexpected incidents on city roads.

Later in the year, Google launched its own self-driving technology unit known as Waymo. They started sending pilot vehicles on runs through Washington, California, Arizona, and Texas. The first ride was made by a blind man named Steve Mahan, a California native, where the venture would have been illegal.

The brilliant minds of former Google self-driving unit members, created their own startup known as Otto. Last month the startup made headlines when they used a driverless truck to ship over 50,000 Budweiser beers across Colorado, a 120-mile trip. The startup was bought out by Uber over the summer and reached an estimated worth of $680 million.

The road to fully autonomy on highways includes many incremental steps. The basic technology has been developed. The struggle comes in transferring to varied road types and predicting the endless potential obstacles. But with each pilot run, engineers build data to increase development of more capable algorithms.

It’s impossible for technology to completely replicate the human eyes and image-processing power of the brain. Yet, it’s essential to have a form of reliable vision for driverless cars. Several cheap and easily-used devices such as cameras, ultrasonic detectors and radars are already in use.

Within the past month, a three-dimensional known as a lidar has taken center-stage in self-driving development. This formerly bulky and impractical radar system is being reconstructed into a reliable silicon chip.

This minuscule silicon chip is one of the most promising prototypes. The MEMS (micro-electro-mechanical system) lidar can scan up to 5,000 data points of the surroundings each second. In mass production it is expected to cost less than $250 a pop.

RACING TO THE PUBLIC ROADS WITH AUTONOMOUS VEHICLES

Several prominent companies are investing serious research and dollars into the technology. Take Google for example. Though known as the superstar of search engines, it will also become a pioneer in the space of self-driven cars. As you’re reading this article, they’re developing a complex set of algorithms to think and react faster and smoother than human drivers.

No one can ignore the founder of SpaceX and CEO of Tesla motors, Elon Musk. His claim of producing 500,000 self-driving cars by 2020 rings in the ears of industry leaders. Not to mention the CEO of Uber, who has agreed to buy all those vehicles. Fleets of autonomous commercial taxis are not far off.

Despite the exciting advances in technological development, it may be another 10 years before driverless vehicles are common on our roads. However, the commercial applications are likely to take hold much sooner. Imagine the possibilities for public service and other job simplification uses.

Changes are coming, starting with the something as ordinary as the garbage truck the takes your trash. This service could be made simpler and driverless. Instead of two drivers, there could be only one to survey operations while the mechanical arm collects and disposes the garbage.

The commercial construction realm leads as the most dangerous industry, accounting for one in every five worker deaths. From forklifts and dump trucks to commercial trucking, autonomous vehicles could significantly increase construction safety.

Consider the various commercial vehicle applications today. Think about the numerous vehicles operating delivery services, public authority work, construction sites and the list goes on. Autonomous vehicles have the potential to disrupt and reshape our daily lives. It’s time to prepare for their impact.