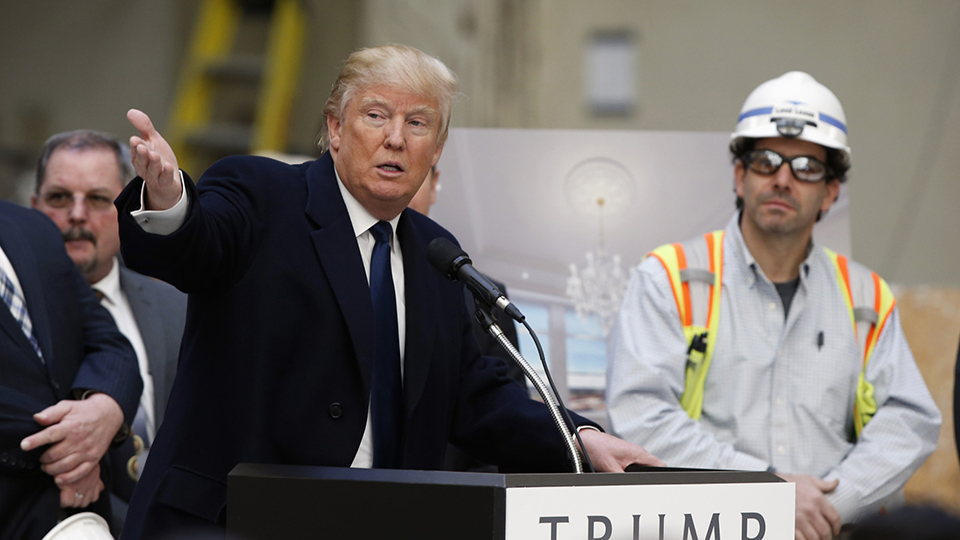 Now that it’s official, many citizens will hold their breath in anticipation of what’s to come next. President Trump has won, and much will change. For those in the realm of architecture and construction, his stance on illegal citizens will have a huge impact.

The American Action Forum analyzed how a sudden subtraction of 7 million workers would shock businesses. Millions of jobs will be unfilled. They predict a GDP collapse ranging from $400 to $600 billion in production.

There’s a running debate on the surety of Trump’s immigration actions. Will it become actual policy or has it merely been part of his campaign strategy? We shall see.

President Trump has vowed to round up the illegal workers and ship them back across the border. According to government statistics, there are 11 million immigrants and about 6.8 million are illegally employees.

The AAF looked at estimates of value-output from undocumented workers, using data from the Bureau of Labor Statistics. That $400 to $600 billion would make for a roughly 2 percent economic shrink.

The costs of construction have already been increasing due to a lack of skilled trade workers. The social pressure to earn a four-year degree combined with the negative stigmas of the blue collar worker have created a void. It has resulted in a phenomenon commonly referred to as the “Skills Gap.”

This gap and need for skilled workers puts employers in the drivers’ seat. It’s important to search for solutions before the labor lack grows. The UK Commission for Employment and Skills conducted a recent study, “Growth Through People.” They made several growth suggestions for cultivating more high-performance workers. Within their comprehensive review of the labor market, the evidence and analysis supports the usefulness of the following ideas:

The construction industry has one of the highest usage of undocumented workers. If the deportation is carried out, employers will have countless employment slots to fill. Conservative business owners are not happy with the proposed immigration policy.

Especially in Nashville, where building production is at an all-time high. The builders are desperate for labor. Our new president believes foreign workers bring down salaries and add to unemployment rates. Let’s take a closer look at his policy proposals.

President Trump has also made a huge push to invest in a major stimulus package. He has revealed a $1 trillion infrastructure plan with a 10-year program for implementation. The plan is almost entirely funded by the private sector and could seriously improve public spaces. The plan would include repairing roads, bridges, highways, airports, waterways and more. Industry leaders hope it will be a smooth process for the infrastructure bill and help compensate for the deportation plan.

For now, it’s important to thoroughly understand Trump’s deportation plan. Knowledge is power, and planning ahead is key. Armed with the knowledge of what may be, business owners and construction managers can make clear decisions to brace themselves for the economic impact.