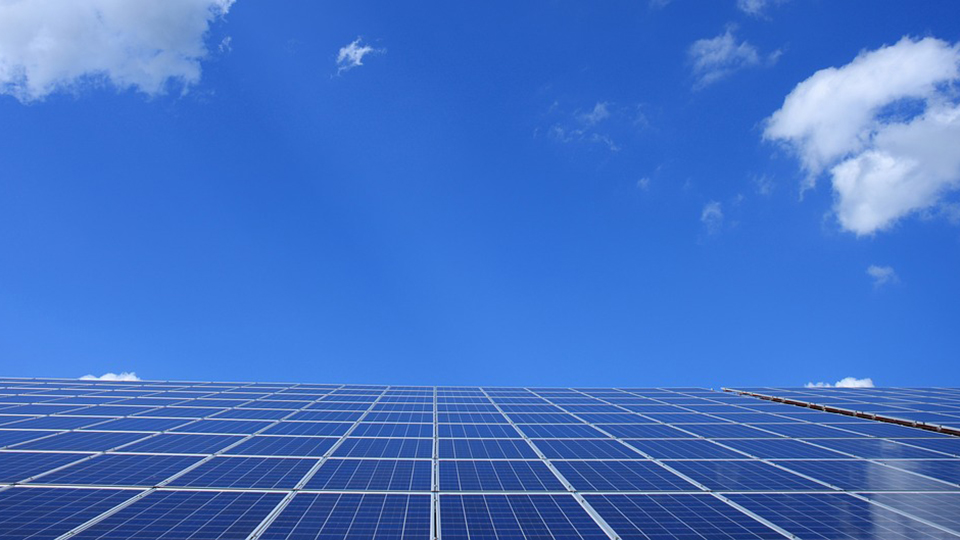 Within the construction industry, innovations are always being made. There’s a constant influx of technology, equipment and systems to improve development.

However, the topic of environmentally-friendly designs can often get swept under the rug. Construction firms often don’t seek out the additional inconvenience, and customers don’t want to pay more.

But what if there was a simpler solution that didn’t cost more? What if aesthetic design and environmental concern fell smoothly into place?

As the nation’s top full-service solar provider, SolarCity has been working to transform the way Americans use energy. By providing an appealing alternative, they have been significantly reducing the burning of fossil fuels such as coal, oil and natural gases.

Solar energy has become increasingly popular in the last decade. According to the Solar Energy Industries Association, fresh solar installations doubled from 2015 to 2016.

By the end of 2016 there was already over 1.1 million U.S. homes with solar rooftops.

Putting solar panels on rooftops is only the beginning. With over 14,762 megawatts of photovoltaic (PV) solar systems freshly installed in the US solar market, prices are at an all-time low.

With definite limitations on fossil fuel energy sources, renewable energy forms are more appealing. Wind, water, and sun usage are going up. With all the adoptive technology for solar energy harnessing and a skyrocketing market, the next five years are looking up and rather sunny.

Word-of-mouth marketing has significantly increased solar usage in American households. Aside from the good-hearted appeal of caring for our planet, it costs less than traditional energy. That’s whether you’re paying for the whole system installation or paying as you go.

“I believe strongly that solar power will be the single largest source of energy electricity generation by midpoint of the century,” said Musk in a Big Think Interview. “In fact, just the extrapolation of the growth of solar power would ensure that that’s obviously going to be the case.”

Solar electricity works by capturing the sun’s energy. That energy is then channeled through discrete wires to a converter. Solar power inverters provide the conversion into usable energy.

“The whole ecosystem is powered by the sun. There’s just an itty bitty amount of energy that we need to do complicated human things,” said Musk. “It’s a tiny amount of energy compared to what the sun puts on the earth every day. We just need to capture a little bit of that and turn it into energy. So, we have to try to accelerate that with innovation, and that’s what SolarCity is all about.”

When it comes to residential or business solar panels, there’s a group of semiconductors that are reacting to sunlight and freeing electrons. Those free electrons move through an electrical circuit, then solar inverters, and then they’re all set to power your appliances and other energy needs.

Electricity-powering during the nighttime has been a common concern for the renewable energy resource. This is where a battery charger comes in handy. When there’s a surplus of captured energy, it’s channeled into the electricity grid for future use. That means during the nighttime when you (and the sun) are sleeping.

When it comes to Elon Musk, it seems anything is possible. At the age of 17 he began pondering what would affect the future of humanity. Among his top five results was sustainable energy.

Before he got his hands in SolarCity, Musk worked with a team of engineers to develop an energy-efficient car. In 2003 Tesla Motors launched in Silicon Valley with a primary mission to accelerate the world’s transition into sustainable energy.

They knew they could do better than the typical gasoline-powered cars, polluting the air with its toxic CO2 emissions. Instead they set out to create a vehicle that would utilize renewables and the clean energy ecosystem.

By 2012 they launched the Model S, the world’s first premium electric sedan. It was built from the ground up to be 100% electric. Mission accomplished. Now cars can use batteries that harness the abundant power of the sun and reduce reliance on fossil fuels. It’s now just a matter of putting more electric cars on the streets, and they will become increasingly affordable with each model.

Running in theme with his mission to save the planet, Musk along with his cousins Peter and Randon Rive founded SolarCity in 2006. The sustainability company would serve as a catalyst to move the nation away from fossil fuels. Since its founding, SolarCity has been able to complete solar installations in 27 states with over 90 operation centers.

With SolarCity, it’s a smooth experience for the user. All of the necessary operations happen in-house without the need for third-party businesses. SolarCity engineers will take care of the installation, efficiency monitoring and also provide an ongoing repair service. They want to ensure that making the switch to solar energy will be a no-brainer.

They can provide the natural resource at a lower cost than people are paying for energy generated by burning fossil fuels. Every year as more people get on board, solar energy becomes more affordable. New innovations like the solar roofing panels make it more accessible as well.

Tesla solar roof tiles will be officially available sometime this month. Instead of having huge solar panels on top of the roofs (that most people consider kind of ugly), these tiles will blend right in. They do the same job, and they can replace traditional roofs with a slightly more polished look.

With an ultra-efficient energy conversation rate, the Tesla’s new roofing shingles boast only a 2% loss of energy. That means you’ll get 98% of the solar energy from a normal-looking rooftop that you would be getting from huge solar panels.

The fresh solar shingles can be purchased in smooth glass, textured glass, French slate or Tuscan glass. These residential energy sources actually cost less than traditional roofs. That’s before you add in the value of electricity savings.

From a street view, most people wouldn’t notice the difference from a solar roof versus a more traditional one. But that solar rooftop will be powering your home in the cleanest and most efficient way possible.

SOLAR ENERGY AT YOUR FINGERTIPS

Many homeowners are excited by the idea of using more renewable energy sources but just aren’t sure how to. Purchasing a new rooftop may not be accessible at the moment. When it comes to your daily life, there are simpler ways to incorporate solar energy.

As the world move away from fossil fuels, renewable sources will become more and more accessible and adaptable. If you adapt it, you can adopt it. As our country begins to adopt renewable energy, our energy bills will go down and our air will be cleaner.